We’re all familiar with memes in this day and age, and the chances are that even if you’ve never used one, you see them pretty often. In fact, memes are widespread enough that they no longer need any introduction or explanation. We could sit here and talk about how the term ‘meme’ comes from Richard Dawkins and his book The Selfish Meme or about how it’s an umbrella term for any idea that can be passed rapidly from one person to another. But we’re not going to.

Instead, we’re going to dive right on into the big question of whether it’s sensible to use memes for marketing or not. After all, it really depends on the industry, and in more regulated industries like finance and healthcare, it’s usually best to play it safe and to avoid using memes altogether. But for other industries, such as FMCG and consumer electronics, memes can be a great way to cut through the noise and to reach people in a way that they’re comfortable with.

Part of the power of using memes is that people can instantly recognise them and they know straight away what they mean. That makes people feel as though they’re part of a club because they “get” the joke and the reference. It’s like a handy little biological shortcut when you’re trying to build relationships with people, but it doesn’t come without its risks.

The risks of using memes

Memes are difficult to get right, especially if you’re a brand. There’s no shortage of examples out there of memes gone wrong when brands have tried to use a meme and it’s backfired, and that’s because using memes doesn’t always make sense for the brand in question. They context in which they’re used can make a big difference, as can the demographics of the brand’s following.

Then there’s Article 13, which the European Union has recently passed into law and which effectively makes memes illegal. The jury’s still out on what this actually means for memes, but it could mean that you’re better off avoiding them altogether if you’re a European brand. Of course, that’s only if you don’t own the copyright to the original images, so if you’re able to create your own from scratch then you’ll be alright.

The biggest risk of all when it comes to using memes is the risk that they just won’t land and that they’ll make your brand look like it’s out of touch. It’s a risk, but it’s a risk that can be worth taking, especially if it pays off. You just need to know what you’re doing, which is why it’s a good idea to make sure that if you’re using memes, you’re working with someone who knows how to use them. Don’t just upload a photo of Success Kid because your CEO says it’s a good idea. 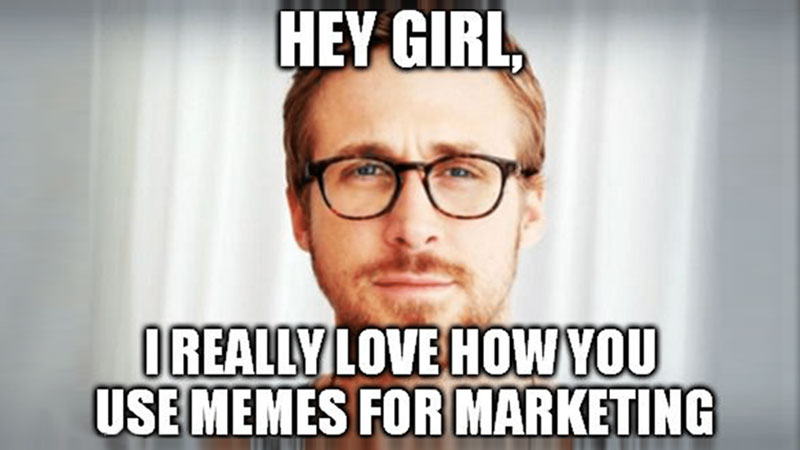 Using memes for the purposes of marketing is risky and tricky to get right, but it can also be rewarding when you get it right. You just have to look at the huge audiences that specialist meme pages receive on Facebook, Twitter, Instagram and other social networking sites. If you can tap into that power then you can dramatically increase your reach and your overall interaction, but only if you get your approach just right.