Virtual reality (VR) is a hot topic at the moment, and it’s been touted as a revolutionary trend that will touch all sorts of industries. There’s no shortage of “top trends” articles out there that tout VR as a gamechanger for sales and marketing teams, but is it true? Is there a place for VR in sales and marketing?

The answer is that it depends. At the moment, we’re yet to see any best practices for sales and marketing teams when it comes to VR and most people are focusing on the potential for marketing teams to create virtual reality apps that cut through the noise and capture people’s attention. No one thought much of augmented reality (AR) until Pokémon Go came out and changed the game for everyone.

It’s true that if the app is good enough, a company could easily hit the headlines just by being an early mover. But for most companies, the technology is still too young and too expensive for them to risk investing in. Luckily, that will change as time passes and virtual reality becomes more and more common. 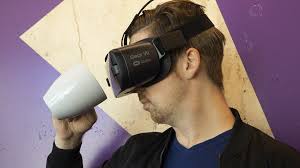 The Future of VR

Virtual reality might be out of reach at the moment, but it won’t be that way forever. In the future, we can expect VR technology to become more widespread and to come down in price while simultaneously getting much more powerful. It’s like being on the internet in 1998. We were yet to see super successful social networking sites, but all of the signs were there for those who wanted to read them.

Probably the most exciting area of virtual reality for sales and marketing teams is the idea of in-app advertising. Imagine being able to track users’ behaviour, to find people who have already expressed interest in your brand and then being able to serve up virtual advertisements when they’re using VR games and applications. It’d be like running a Facebook ad, only much, much more effective.

Of course, we’re not quite at this point yet, and for it to happen we’d need some company to take the lead and to start up an ad exchange that worked like Google’s AdWords. As soon as there are enough users on VR applications, advertisers will follow. But for those advertisers to be successful, there needs to be a self-service platform that makes it easy for them to launch their ads without technical knowledge or VR expertise. 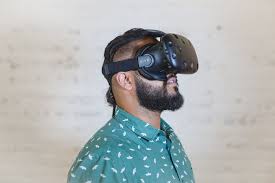 It’s likely that as VR technology continues to evolve, more and more exciting opportunities will be opened up for marketers who are willing to take advantage of them. There might even be the ability to create experiential events in virtual reality that allow people to experience your brand in the same way that they usually could at trade shows and other events. The possibilities are almost endless – but we might have to wait a while for them to become practical realities.